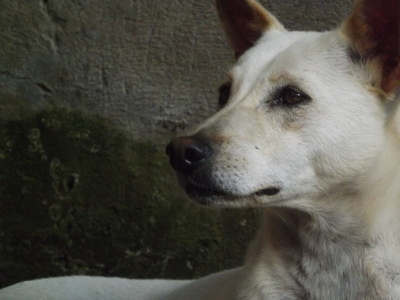 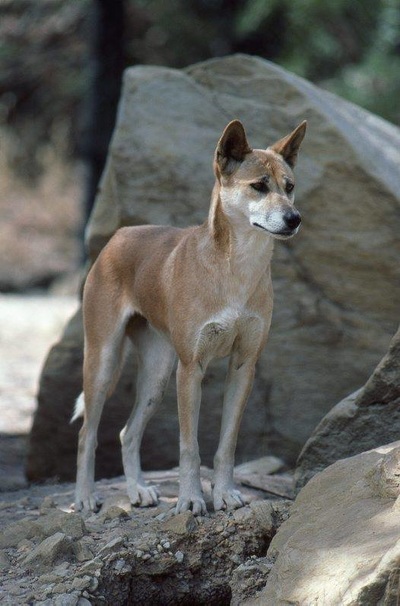 Where the Bali Street Dog comes from is a question that has not been conclusively answered, although various theories abound.

Balinese legend tells that the Anjing Kintamani was borne from the Chow Chow, a wealthy Chinese trader being held responsible for bringing a Chow Chow with him to Singaraja in the year 1400.  Given the close physical resemblance of the Anjing Kintamani to the Chow Chow this legend is likely the most believable. But this does not shed any light on the question of where the Bali Street Dog came from.

What we do know is that up until 2004 the importation of dogs onto the island of Bali was prohibited. The barriers of geography and resulting limits on genetic influx served to create a dog population that has bred more or less randomly for thousands of years (Irion et al 2005).  This uniqueness has made the Bali Street Dog population of interest to scientists who have conducted several studies in an attempt to answer the question.

These scientific studies have proven that the Anjing Kintamani and the Bali Street Dog are two separate breeds of canine.  Whilst sharing many similarities, they are genetically different.  One similarity they do have is a close genetic link with the Australian Dingo.

Savolainen (cited in Puja 2005) also suggests that, like the Bali Street dog, the Australian Dingo has been isolated from its parent population for in excess of 5,000 years.  The genetic links and isolated populations are not the only similarities between these two groups of unique canines.

Much has been written about the intelligence of the Dingo.  A 2010 article published in National Geographic reports findings of superior intelligence among dingo populations, outstripping domestic dogs in their ability to read human facial expressions and subtle body cues.  Anyone who has shared their life with a Bali Street Dog will attest that this particular canine is also highly evolved in reading human behaviour. Their intelligence verges on cunning in their ability to manipulate not only their environment but humans as well.

There are strong cultural similarities as well.  The Bali Street Dog and its role within Balinese culture are covered on other pages on the website.  The Australian Dingo holds strong cultural connection with Australia’s Indigenous people.  Dog Dreaming sites are found throughout remote Australia.

Similar to the Bali Street Dog, Australian Dingoes are active participants within cultural ceremonies. They hold a vital role within Indigenous societal framework.  As well as being of functional use in performing the role of hunter, companion and protector against human and spiritual foes, they also provide warmth during cold nights.  Just like the Bali Street Dog.

The Dingo Foundation website contains a quote ‘True Dingoes will never condescend to obey man except when it suits them and will forever retain the ability to fend for themselves in allegiance only with Mother Nature.  The dingo owes nothing to man. He is therefore incorruptible.  Fundamentally this is why most humans will always view dingoes in a negative sense’.
​
Sadly this is also true of the Bali Street Dog.  Like their Australian Dingo compatriot they are viewed as a pest, an overpopulated vermin that necessitates extermination.  The complexity of their interconnectedness with their Indigenous human companions is overlooked, swept aside by sweeping value judgements of an alien culture.
​
Foreign cultures placing judgement and blame upon something they simply do not understand.